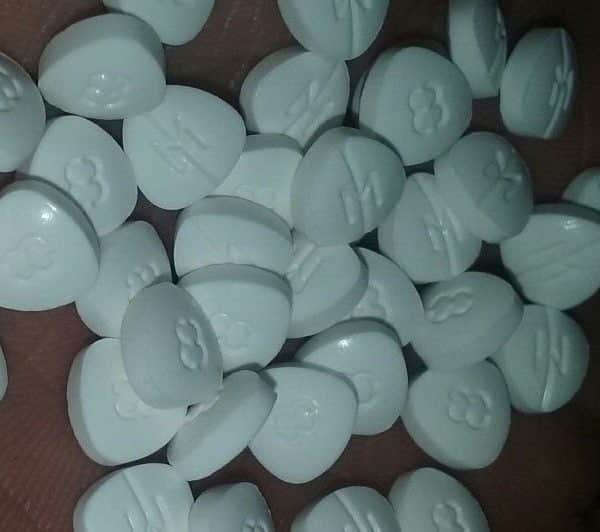 Dilaudid is a prescription medication used to alleviate moderate to severe pain caused by cancer, broken bones, major surgeries or other medical conditions that involve chronic pain. The generic name is hydromorphone, Dilaudid is considered an opioid/opiate. While these substances used for those who suffer from chronic pain, may be effective in the short term, they can turn very easily into an addiction or drug of abuse. The high risks of addiction in Dilaudid is why no one without a prescription should be using this potent pain medication.

The prescription Dilaudid can be taken in many forms (even under doctor supervision) orally, rectally, and intravenously. The drug itself is small round colored tablets, and also a three-sided white tablet. In liquid, it is colorless, the suppositories are most commonly in an oblong shape. The drug is metabolized in the liver, along with most other common opioids then travels to the brain to block pain receptors.

Generic Names for Dilaudid Include:

Hydromorphone, also commonly called dihydromorphinone is the generic name for Dilaudid. The drug is originally derived from morphine, hence the name. Dilaudid and the generic versions are opioids because of the categorization being a semisynthetic opiate.

All synthetic opiates are man-made even though they have many of the same psychological and physical effects as semi-synthetic and pure opiates. Chemists in laboratories construct synthetic opiates creating many combinations of opiates that are made up of pure and semi synthetic, by doing this there are many blends of the opiates produced.

All opioid based prescriptions have a somewhat similar composition that vary for different pain levels. All opioid based drugs will have various effects on individuals dependant on different genetic makeup and metabolism. Dilaudid conversations are usually done under caution by your doctor because of all the risks involved with such a potent prescription pain medication. The top concern of physicians is to make sure the pain is monitored properly while not allowing addiction to form.

When comes to recreational use of opioid based drugs, Dilaudid is a popular choice because it is very strong of a medication. When it comes to habit forming, it is dangerous because of such small amounts are so potent. It can also be very dangerous to those who are not used to using the drug because of the same reason of potency. Many users both recreationally and prescribed, become addicted because of the euphoric effects it causes.

The increasing popularity of other opioids including Dilaudid began in the late 1990s. During the 1900s there was a large influx of prescription opioids prescriptions that were pushed by doctors and pharmaceutical companies. Big Pharma was pushing these addictive medications under the impression that they would not cause addictive tendencies. This huge error on their part in the 1990s turned into the Opioid Crisis we have today.

Recreational use and any misuse of Dilaudid can turn into a dependency issue after one a couple days of abuse. When you are dependant on Dilaudid it can turn into tolerance, when this happens the user has urges to take more. If you or someone you know is struggling with Dilaudid addiction, here are some common:

There are many other symptoms of addiction that are not just physical symptoms. There are other mental and emotional behaviors that come with being addicted to opiates. Dilaudid addiction can make life in every aspect unmanageable, work, relationships, finances, and family relations. Since it is such a strong painkiller, Dilaudid should only be taken under close medical care of a physician to prevent physical dependence, tolerance and addiction.

As previously mentioned, these are very serious conditions. Overdose is life-threatening conditions. If you know someone who has overdosed on Dilaudid the time for them to seek help is now. Recreational and misuse of Dilaudid is very dangerous.

At The Best Treatment Center, we offer addiction treatment program for Dilaudid addiction. We offer a variety of evidence based therapy programs customized specifically for each and every client that walks through our doors.

It is very difficult to suddenly quit using Dilaudid. There are many unpleasant symptoms brought on from a withdrawal of any opioids. The addiction happens quickly and the withdrawal is unsafe to have without proper medical supervision. Every withdrawal is unpleasant but some can be worse than others depending on the length of use, and how much of the drugs were consumed on a daily basis.

When Do Dilaudid Withdrawals Start?

Most of the time, Dilaudid withdrawals start anywhere from 12–48 hours after your last use of the drug. Many of the first symptoms of a withdrawal are runny nose, anxiety, sweating and muscle cramping.

When Do Dilaudid Withdrawals Peak?

In most cases, Dilaudid withdrawals are the worst on days two to four and typically lasts over a week and sometimes can last up to two weeks. There are even cases where versions of Dilaudid that are extended-release tablets that can take even longer to withdraw from. Withdrawal symptoms are uncomfortable and in some cases can be very life-threatening. It is always suggested to undergo a medical detoxification process under proper medical care. If you are experiencing any withdrawal symptoms it is important to consult a physician.

Quitting Dilaudid cold turkey has many dangers if you are not consulting with your doctor first. Consult with your primary care doctor or physician about a lower dose of Dilaudid in order to taper from the strong opioid. After the initial detox process the next levels of care would be a partial hospitalization or an intensive outpatient treatment program.

The PHP and IOP levels of care provided by The Best Treatment is important because in order to prevent relapse it is suggested a 60-90 day rehabilitation process is completed. We offer an individualized treatment program because it is essential to begin treating the root causes of drug use and addiction and everyone’s care is different.

Our goal here at The Best Treatment Center is to support our clients during their recovery journey and always encourage their continuous growth. We know that the more supported our clients feel, the more courage they will have to continue in their battle against Dilaudid addiction.