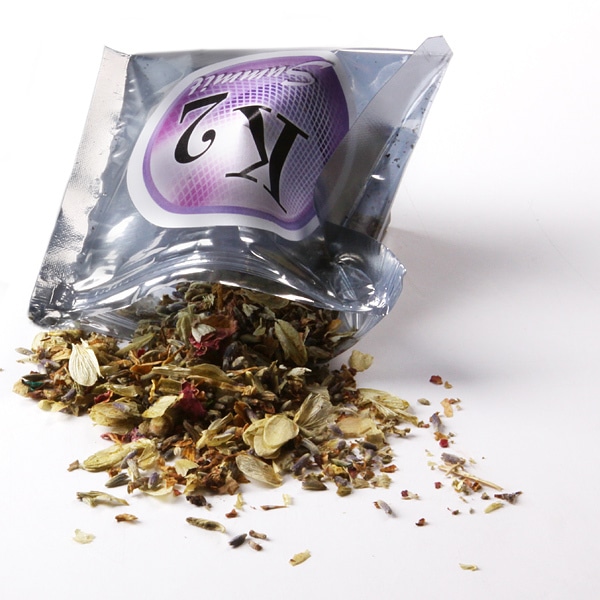 We really first started seeing K2/Spice become increasingly popular over the past decade. It is a synthetic drug made to act like marijuana when it comes to the high produced, sometimes it is called “fake weed” and people have abused this drug when they have to stay off marijuana for a time period because K2 does not show up on common drug tests. K2/spice being a synthetically made drug, it contains many more chemicals that can be harmful and these are also typically more addictive than marijuana.

These synthetic cannabinoids are fairly new. They are members of the psychoactive substance group of drugs and haven’t been well regulated at all even though they cause similar effects of drugs that are already illegal. K2/spice is addictive, we see many problems with this drug in young adults and teenagers, sometimes resulting in hospital visits because of the potency of K2. There needs to be more education about this substance because we see many people dealing with problems associated with spice/K2 without knowing enough about it. If you or someone you know is struggling with K2/spice addiction, The Best Treatment Center can help.

Spice/K2 is a synthetic version of marijuana, that is how people refer to it. There are many questions surrounding this substance because not a lot is known about this synthetically produced drug. The drug is much more potent than regular marijuana and people act as if it is the same when smoking the drug and instead are overdosing and ending up in emergency rooms because they are taking too much. The FDA never approved this drug, so technically it is sold legally, but is not sold to be used for a high. It is sold as incense at smoke shops, then the person buying it is taking it and abusing it.

Addiction consumes every aspect of an individual’s life, this is no different with spice/K2, in order to overcome addiction to K2/spice, proper treatment under a quality substance addiction treatment center is needed.

There are many street names for Spice/K2 just as most drugs that are being purchased illegally. Even though K2/spice is sold in smoke shops, people are still buying it off the street, we see this most common in young adults and teens. The common terms for Spice/K2 that we see in professional settings are synthetic marijuana and synthetic cannabinoids. Outside of the clinical setting, there are many street names for the drug. Including the following:

What is Spice/K2 Made Of?

K2/Spice is comprised of many different ingredients, some made in a lab and some are natural. The natural ingredient is a shredded, dry herbs. Then the chemicals come in, these synthetic chemicals are put on the herb to create the cannabinoid drug. All mixtures of K2/spice vary in their makeup because it is made with chemicals, there is never the same exact batch produced twice. This can be extremely challenging with dealing with someone addicted to this drug, because it is ever changing. Spice is highly variable and people might not know exactly what they are taking, making it potentially dangerous or deadly.

Addiction happens when people are abusing a drug for a long period of time, and in time dosage increases and tolerance is built, this is the same with a Spice/K2 addiction. The drug was originally with intention to mimic the effects of marijuana, so has been called “fake weed” and “synthetic weed” by most people who are consuming this drug. The goal is to achieve the same marijuana high, but the effects are much more potent with K2/spice.

After taking K2/spice for a long period of time, tolerance is built. Tolerance forms and then the dosage typically will increase and the frequency of use also increases, when this happens it is pretty safe to assume that addiction is present.

The levels of addiction is not quite known specifically due to the fact that the drug is fairly new. According to research completed by the NIDA for Teens, Spice can be very addictive and even is causing withdrawal symptoms when the substance abuse is suddenly stopped. The main withdrawal symptoms include high anxiety, headaches, depression and extreme irritability.

What are the Risks and Dangers of Spice/K2 Abuse?

There have been not only overdoses on this drug, but even deaths. Since people have overdosed on the drug there are many dangers associated with addiction and abuse of K2/spice. The Centers for Disease Control and Prevention originally reported the deaths from K2/spice were because the chemicals in the synthetic drug included traces of rat poison. Similar lethal ingredients could be hidden amid other chemicals and the natural cannabis that makes up the drug. Additionally, people who have allergies or experience reactions to certain substances are at a greater risk because of the potential for unknown ingredients.

Signs, Symptoms and Effects of Spice/K2 Addiction and Abuse

There are a number of signs to know when it comes to the signs and symptoms of K2/spice abuse:

Additional reasons for this include the chemicals mixed with the cannabis in the drug. As misuse becomes more frequent, the number of side effects a person exhibits often increases and people are more likely to feel discombobulated.

Signs and symptoms will continue to vary for each individual. The symptoms will also change dependant on the different combinations, but something that can be deadly should not ever be abused, with synthetic drugs there are too many risks and someone who is abusing this drug should seek proper treatment care immediately.

Long-Term Side Effects of Spice/K2 Abuse

There are many serious side effects that can come from continuous abuse of K2/spice. Some of these serious side effects are brain damage, psychotic episodes, kidney damage, and hallucinations. Other side effects that could become long-term disorders and issues for people who take K2/Spice include anxiety, depression and paranoia. It is highly advised by medical professionals to never take this substance since each mix could be potentially lethal. For those abusing this drug, it is important to get the proper treatment through a quality treatment program like The Best Treatment Center.

All of our substance addiction treatment program includes intense therapeutic sessions with a variety of both individual and group settings. We believe in educating our clients on the disease of addiction, relapse prevention, discharge planning and lifelong assistance from The Best Treatment.

At The Best Treatment Center, we believe in providing our clients with all the tools needed in order to continue through life after treatment happy, successful, and hopeful for their new life substance free.

To learn more about our K2/Spice addiction treatment program provided by The Best Treatment Center, call us now: