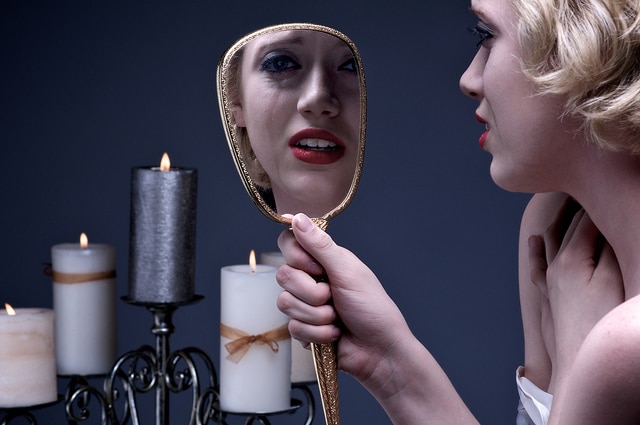 Cluster B disorders known in the medical community are referred to as dramatic personality disorders, this is where we categorize Histrionic Personality Disorder. The people who have histrionic personality disorder have very unstable, intense emotions that go along with an inaccurate self-image. Their approval in the eyes of others is very important even though it has nothing to do with their true feelings of self-worth. They are known for being inappropriate or dramatic to get attention from others.

Histrionic stands for theatrical or dramatic. People with this disorder exaggerate their emotions greatly and are drawn to any attention grabbing or emotional theme. If ever someone with histrionic is not the center of attention, they often feel underappreciated and uncomfortable. Common behaviors we see are self-dramatization, approval-seeking, braggy and showy. They are often sexually seductive in inappropriate situations, self-seeking, self-centered and indulged. Inappropriate situations include school, professional, and around people they are only acquaintances with.

Some situations could include embarrassing friends and loved ones with public displays of temper tantrums and excessive emotional breakdowns, including uncontrollable sobbing over minor issues. People struggling with histrionic personality disorder may go above and beyond to get attention.

Many individuals who struggle with histrionic personality disorder fail to see the reality of their condition. They are rarely able to accept failure or disappointment, especially if it is their fault or responsibility. Usually those with histrionic personality disorder have good social skills, a main reason why they are easily able to manipulate situations in order to be at the center of any attention.

Common symptoms of histrionic personality disorder can include:

Using physical appearance to draw attention to self

Believing relationships are more serious than they are

This disorder is not easily diagnosable right away because they require long-term observations into the patterns of behavior. It is rare to diagnose this disorder in adolescence or childhood because of all the personality changes that naturally occur growing up and constant development of the adolescent.

Additional factors specific to histrionic personality disorder can include lack of discipline or punishment as a child when acting out the above behaviors, and also when attention is given that is unpredictable. This causes at a young age, children to act in a way that receives the most attention, whether or not it be good or bad.

Psychologists or psychiatrists are typically the ones who would be diagnosing any type of personality disorder. Most of the time, the initial problem to go to a family doctor, and from there would be passed on to some form of mental health professionals. Family doctors know who in the medical field would be best equipped to diagnose. It is not a blood or lab test that could come out with a diagnosis for personality disorders. It is also not common for those suffering with histrionic personality disorders to seek treatment for themselves. This is common in many of the personality disorders, until there is situations in their lives that influence their needing professional help, it is overlooked as just “how the individual acts”. When stress takes over and it is unbearable for the individual, treatment is finally sought after.

The criteria for histrionic personality disorder diagnosis include:

Inappropriate sexually provocative behavior with others

Swift changes in emotions or lack of emotion

Using their physical appearance to draw attention to themselves constantly

Exaggeration of emotion and self dramatization, “showing off” behaviors.

People and circumstances often influence the individual and they have a high degree of vulnerability.

When most of their personal relationships are exaggerated to be more intimate than they are.

Who Is at Risk for Histrionic Personality Disorder?

As with other personality disorders, these are developed commonly in people who experience trauma, stress, and anxiety in their childhood years. Abuse and neglected children rely on their minimal learned skills to react to situations and these negative coping skills alone can form into a personality disorder.

As previously mentioned, overindulgent or inconsistent parenting can lead to the development of histrionic personality disorder later in an individual’s life. Any parenting style that doesn’t set strong boundaries or has no structure can interfere with a child’s emotional development.

This disorder occurs more frequently in females than males, and if there is a family history or histrionic disorder or any other mental health conditions, there is more risk to the individual.

Self medication with drinking and drugs is common for those who suffer from histrionic personality disorder. Many of those who suffer from substance addiction and abuse see drinking and drugging as a way to ease their mental health issues. The self-medicating on drugs and alcohol often goes unnoticed until the substance use consumes all aspects of their life. If you or someone you know has been having these types of behaviors; professional treatment is needed as soon as possible.

The concurrent disorder treatment therapies we utilize at The Best Treatment Center are: 12-Step, EMDR Trauma, Creative Arts Therapy, Yoga, Mindfulness, and Cognitive Behavioral Therapy- these are provided both one-on-one and in peer group therapy sessions. The proper treatment program can be the determining factors of whether or not an individual will be successful in their journey through recovery.